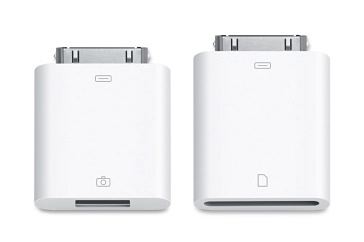 There’s no doubt that we’ll be editing video on the iPad in the very near future. Nexvio’s ReelDirector has already brought video editing to the iPhone, so it’s just a matter of time before the iPad gets the royal treatment. But, unlike the iPhone, the iPad has no built-in camera.  So, we’re going to need some other way of importing our footage. Introducing some other way.