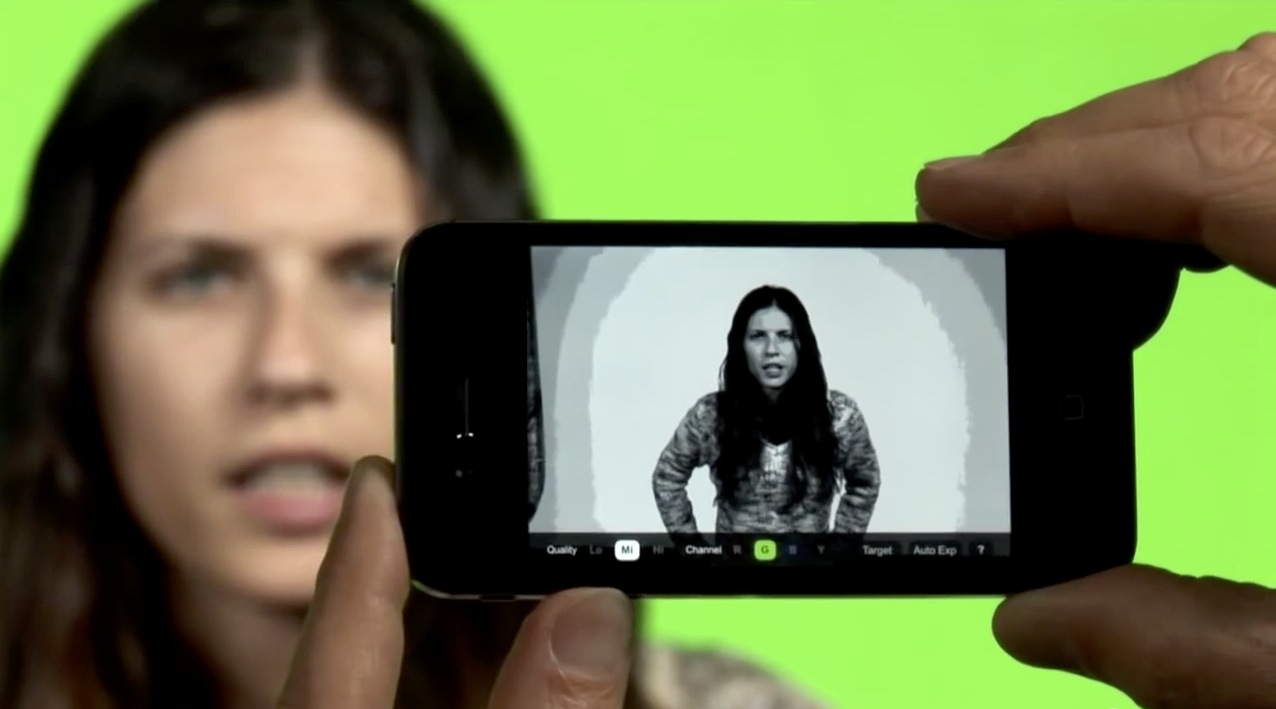 I Screen, You Screen, We All Screen for Green Screen

What did you do last week?  I mercilessly tore my living room apart and temporarily transformed it into a green screen (a.k.a. “chroma key”) studio in which I directed a short comedy called 2084.  For as long as I can remember, my friends and I have joked about shooting 2084 on a massive soundstage with high-end gear and a huge crew — total overkill for this very silly, 3-minute short.  Well, after ten years of that not happening, we finally decided to shoot 2084 with a tiny crew (four of us) and a budget just large enough to cover lunch.

Is that a lighting director in your pocket or are you just happy to key me? Thank you! Thank you! Try the veal! Tip your waitress! Goodnight! With the world’s greatest joke out of the way, I’m happy to tell you that version 2.0 of Zinman Software’s PocketLD has just hit the app store. In a nutshell, this app helps lighting pros calculate FC/LUX and Beam/Field diameters for a ton of fixtures and lamps.  And if you understood that last sentence, I bow to your wisdom.