While that overtly sensational headline may reek of clickbait, it’s also a fair and reasonable question – one I was asked while speaking on a Photography/Videography panel at this year’s Macworld Expo in San Francisco. Jeff Carlson, the panel’s moderator (and all-around-photography-guru), was asking me specifically about the new wave of filmmaking apps that attempt to guide the filmmaking process, and automatically correct their user’s mistakes.

It’s a tough question to answer. On the surface, it appears that these applications are replacing creative control with pre-defined scripts and algorithms… but maybe there’s more to it than that. Let’s take a closer look at these “assistive apps.”

Horizon is one such app. It’s a video camera that insures a properly leveled image. Using the iPhone’s internal sensors, Horizon quickly detects when the camera is being held off balance, and automatically compensates (in real time) by digitally re-leveling the image, so the horizon line always appears parallel with the top and bottom edge of your shot.

So, is this helping or hurting filmmakers? Well, on one hand, this might be a godsend for new shooters who don’t yet understand the importance of level shooting. It also prevents them from shooting in the unforgivable portrait orientation. On the other hand, Horizon’s auto-corrected rotation could deter filmmakers from using Dutch angles (intentionally un-leveled angles). Experienced filmmakers use Dutch angles to alter the audience’s perception or add style to a shot. They can also be used to emphasize (or de-emphasize) the subject. And, most importantly, they can be used to enhance cheesy action sequences (see “Batman“). Fortunately, Horizon does provide a “lock” button that temporarily turns off the auto-rotation (you just have to remember that it’s there).

Several new camera apps like Vine, Spark, and Cinamatic, limit users to short takes. Lengthy shots are simply not allowed. Helping or hurting? Well, I could argue that these apps are teaching new filmmakers the importance of pacing. Nothing screams “newbie” more than long, uninteresting shots (except maybe, poor audio). Conversely, removing the ability to shoot longer takes greatly reduces the type of stories that can be captured.

Apps like Directr and iMovie take a more hands-on approach, telling their users what subject matter to shoot (based on a variety of pre-defined scripts or storyboards). The apps then automatically edit everything together, complete with titles and music. Is this helping or hurting? These types of apps can help inexperienced filmmakers understand the basics of pacing and structure. But, as with the previous examples, they can also limit creativity. Users are exposed to structure, but not encouraged to manipulate it in any meaningful way. The end results are almost always entertaining, but somewhat homogenous.

Here’s another example. A couple weeks ago, I covered an app called Emulsio that stabilizes shaky, hand-held footage, and even removes rolling shutter artifacts. ZeroShake is another app that performs a similar function. Helping or hurting? On one hand, having the power to remove shakes may lure filmmakers into a false sense of security, and dissuade them from stabilizing their cameras while shooting. On the other hand, after observing how stabilized footage increases a video’s production value, filmmakers may be inspired to properly stabilize their cameras on set, which will always yield higher quality results (and less cropping) than stabilizing footage after it’s been recorded.

When I started writing this article, I was convinced it would end with me ranting like a 90-year curmudgeon (i.e., “You spoiled kids today, with your crazy hair, and your rock and roll, and your incredibly powerful digital assistants!”). I assumed my conclusion would include phrases like “These apps are crushing creativity!” and “Get off of my lawn!”, but instead, I find myself optimistic and excited. Thanks to the current wave of assistive-filmmaking apps, ** and their potential to teach by example**, today’s up-and-coming auteurs are being given an invaluable introduction to the basics of visual storytelling. All they need to do is pay attention! Once a filmmaker understand the basics, she/he can migrate away from these apps and move towards tools that offer greater creative control. And, of course, these apps allow non-filmmakers (who have no interest in becoming filmmakers) a means of producing terrific results. It’s all good!

That said, you should still get off my lawn. 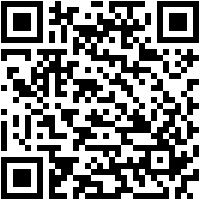