Picture this… You’ve been camped out somewhere in the middle of the Nevada desert for the past 3 months. You’re chewing the remaining crumbs from your final Cliff Bar, and you’re long past your last pair of clean undies. You are a total mess, riddled with bug bites, and in desperate need of soap. Why are you here? Because you are a dedicated documentary filmmaker, trying to catch a glimpse of what many locals believe is an alien spacecraft. Suddenly, the sky cracks open, and a gleaming orb comes to rest directly in front of you. You grab your iPhone and hit record. The spacecraft’s door ripples open, revealing a grotesque, purple-patched alien adorned in an “I Eat Planets” t-shirt. It emerges, sees you, laughs maniacally, and slowly raises its weapon in your general direction. The pistol-shaped-pistol-thing sparks and crackles with a frantic blue energy. And that’s when it finally hits you. A horrible, unthinkable realization… You’ve been recording this whole thing in portrait orientation.

Don’t worry. It happens to the best of us. Sometimes the immediate need to hit record overrides our common sense, and we wind up with vertical video that’s better suited for a local news segment than the downtown cineplex. Fortunately, there’s a nifty iOS app Fly Labs called Crop on the Fly, and it’s just the thing you’ll need to transform your vertical video into horizontal happiness.

To use Crop on the Fly, simply load a clip from your iOS device’s camera roll. The app will display the video with a miniature widescreen frame cropping the top section. This is the portion of your frame that Crop on the Fly will crop…on the fly. To the side of the frame is a thumb-sized scroll bar. Tap the play button to start playback, and then move the scrollbar (and the widescreen crop) up and down to follow the most important action within the vertical frame. In other words, when the alien is stepping out of its craft, slide the scroll bar up to see its face, and then, after it laughs (or was that a burp), scroll the frame down to the see the gun in the alien’s hand. When you’re done, you can play back your new virtual camera move. If you like what you see, export it back to the camera roll as a new, horizontal, 16×9 clip. Done! Naturally, you’re going to lose resolution in the process, but that’s to be expected when using any cropping tool.

Using Crop on the Fly is the quickest, and easiest way I’ve found to convert vertical (poop) video to horizontal (awesome) video while keeping control of what’s actually being cropped. It’s free to try, and works equally well on iPhone & iPad.

Now stop reading, pack up your tent, and rush back to civilization! You’re out of Cliff Bars!

Update: Crop on the Fly is dead, but here’s a great replacement: 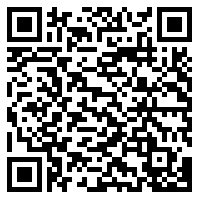