Last week, Apple unveiled the iPhone 4S.  Pre-orders for the device began a couple days later, and by all counts, it looks like the newest member of the iPhone family is already a hit.

Truth be told, all that stuff is swell, but that’s not why you’re reading this post.  I’m guessing that you’ve visited HHH to find out if the new iPhone is worth the upgrade.  Is it a more powerful filmmaking tool?  Let’s take a look!

The iPhone 4S can shoot in full 1080p (vs. the iPhone 4’s 720p). This is a feature I’ve been begging for since first hacking my iPhone 3G (allowing it to shoot 320×240 at 15fps).  Additionally, the camera optics have also been improved.  According to Apple’s site, “The advanced backside illumination sensor and larger aperture let in even more light. Improved auto white balance makes color even more accurate. And temporal noise reduction helps you take great videos in low light.”

It seems there will no longer be a need to run your jerky iPhone video through 3rd party stabilization apps. The 4S features built-in stabilization.  This is welcome news since shaky 1080p video can effectively encourage you to lose you lunch. Based on the sample footage presented on Apple’s website, the stabilization DOES WORK. However, it looks like the stabilization also results in some warble-type artifacts. You can see these artifacts in the corners of the footage.  It looks like the image is briefly bending in, towards the camera.  It can be very unsettling when it occurs excessively.

As nifty as this new feature appears, DON’T use it as an excuse to shoot unstable footage.  If you have the option, it’s always best to stabilize your iphone (or any camera) with a tripod, monopod, or some other camera mount (like an OWLE or GLIF).  The less jitter in your original footage, the less warble artifacts you’ll have at the end.

The 4S features a Apple’s A5 Dual Core Processor – the same chip found in their iPad 2.  This translates into faster performance. And that translates into quicker render times inside apps that manipulate video.  It also opens the door to more advanced, processor hungry video apps.  Additionally, a faster processor means faster app launch times (critical when you need to shoot something in a hurry).

This could come in handy when pitching a project in a boardroom, or when trying to share an idea on set.  For now, it seems more like a jumping-off-point.  It will be interesting to see how developers incorporate this technology into new communication and collaboration tools.

There’s a very cool app called CollabraCam, that allows multiple iOS devices to be turned into a live multi-camera video switching setup.  In other words, you can have your friends all using their iPhones to shoot an event from different angles, while you watch all their video streams at once on your iPad, and cut in-between them. It’s cool as hell!  Now, I’m wondering if this app, and other apps that rely on streaming video, will benefit from the new wireless Airplay mirroring now built into the hardware.  If the hardware makes it easier, then the apps and the experience will improve!  Good things are coming.

While some people may be bummed out by the lack of a super-swanky new iPhone design, I’m freakin’ thrilled! By keeping the iPhone 4S to the same exact dimensions as the iPhone 4, there’s no need for us to re-purchase all sorts of external gear and cases.  For example, my beloved OWLE BUBO camera grip will fit the new iPhone 4S like a glove. No need to purchase a new one!  Same goes for the GLIF, a terrific (and inexpensive) iPhone 4 tripod mount.

NOW, ABOUT THIS FEATURES I TOTALLY BLEW OFF AT THE START OF THE POST…

Siri won’t help you line-up more enthralling shots, but it has the potential to keep you far better organized, which CAN help your filmmaking career.

The new Cards app will be great for sending thoughtful thank you notes to the people who’s house you just thrashed on your weekend shoot.

And the auto-switching antenna could be an improvement for any filmmaker on AT&T who suffers from constantly dropped calls.  It’s hard enough getting your agent on the phone.  It’s nice to know that Apple is working hard to keep them there.

Yes. The iPhone 4S is worth the upgrade price IF you’re eligible for the discounted rate of $199 – $399. 1080p video and speedier performance are two welcome additions.

If you’re stuck in the middle of a 2-year contract, ineligible for discount pricing, it will cost you at least $650 to upgrade. For that reason alone, I think you should at least consider holding off until the iPhone 5. 1080p is great, but Apple’s stabilization does yield artifacts. Siri is awesome, but perhaps you should wait and see if your iPhone 4S purchasing friends actually wind up using it.  The other new features are swell, but they’re not so revolutionary that I’d consider the iPhone 4S a filmmaking must-buy.

What do you think?  Did I miss any features?  Did you already pre-order?  Let me know in the comments. 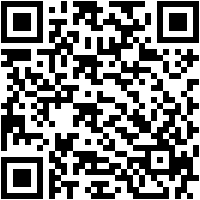 New ultra-portable slider could be perfect for mobile filmmakers

UPDATE – MAY 30, 2017: Having successfully wrapped up its Kickstarter campaign, the GLIF is now available for purchase directly from the Studio Neat website! The GLIF will run you $28, while the full set with hand grip and wrist strap will set you back $55. The GLIF, one of the first iPhone camera accessories is still one of the best. And it’s about to get even better! Just in case you’ve been avoiding every article ever written about mobile filmmaking, the GLIF is a pocket-sized tripod mount for your iPhone.